I am stubborn.  I admit it.  Really this isn't news to anyone who has known me for any length of time.  I'm actually fairly proud of the fact.  Sometimes my stubbornness is a good thing.  I don't back down on things I'm serious about.  BUT, sometimes it causes more trouble than good.

I suffer from chronic migraines.  At times I'll have them every single day.  In an effort to get them under control over the years I've cut several things out of my diet: msg (goodbye Doritos and most Chinese take out), red dye #40 (farewell to all my favorite candies...m&m's, skittles, twizzlers, pop rocks...so sad!) and high fructose corn syrup (there goes pretty much all the rest of my favorite junk food!).  Are you feeling sorry for me yet?  To be honest, I can still tolerate a little HFCS.  Thank goodness because it's in EVERYTHING!

This all helped quite a bit at first, once I stuck to it and quite trying to sneak foods I shouldn't.  As though I could hide my indiscretions from my own body.  Gradually the benefits began to wear off as my migraines crept back up on me.  Soon I began to realize I'd get one after I ate yogurt.  So there went another food...even fro-yo!  Then milk went.  Most recently though I stopped all gluten intake.  This has proved by far the hardest thing I've ever done.  You never appreciate what all has wheat in it till you can't have it.


and of course this: 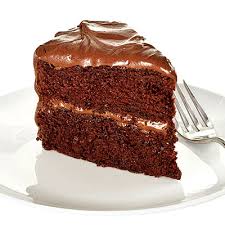 If you were feeling bad for me before you should be weeping for my plight now!  I stuck to it (not easy!!!) and within 3 days I felt like a new woman.  I truly had no idea how much pain I'd been in until it stopped.  For the last year or more I'd been running a low grade temp constantly.  It disappeared as well.

Does it suck? Heck yes!!  But feeling well for the first time in years more than makes up for it.  And I've found that gluten free chocolate cake rocks!  So where does my stubbornness come into play?

5 years ago when my doctor found my other sensitivities he said that enriched white flour was a mild trigger.  I refused to even imagine life without wheat and mostly ignored it.  I didn't think it was worth it.  Boy was i wrong.  The only positive in waiting so long is that the gluten-free lifestyle has gained more followers.  Partly due to more people being diagnose with celiac and partly as a fad diet.  There are a lot more options for those of us that have to live this way.

It makes me wonder though...What could I have accomplished over those 5 years if I'd done it earlier?